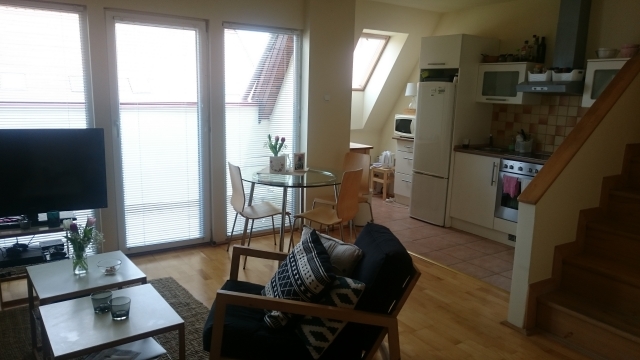 1067 Budapest Eötvös utca 48
Delightful rooftop two bedroom apartment in district six close to Nyugati station with two balconies and on two floors. On lower level is a large kitchen and living room combined with large balcony which gives lots of natural light. There is also a long entrance hall and separate guest WC on the lower level. Upstairs are two bedrooms - one of which has it's own private balcony facing to the courtyard. The second bedroom is smaller and there is a space at the top of stairs which can be used for storage or study. Bathroom is on the upper level and has bath and washing machine and modern gas boiler. A lovely apartment all in all!